In the world of golf there are two types individuals or entities; those who get it and those who don’t.

With that being said, I recently joined Jon Cavalier (AKA @LinksGems) for a round of golf at Stonewall. It didn’t take more than twenty minutes for me to realize that not only does Stonewall get it, but they get it right… over and over and over again. As their brochure states without apology, “What Stonewall is not is perhaps just as important as what it is.” Without saying a word, the identity of this club screams at you in the most dulcet, pleasing tones imaginable. Located amongst the sprawling farmlands of Elverson, outside of Philadelphia, sits a quaint 36-hole private golf club named Stonewall. Since its inception in the early 90’s, Stonewall has received a litany of praise and recognition. Not the least of which includes hosting the 2016 U.S. Mid-Amateur Championship and landing a spot on the GOLF Magazine Top 100 list (#60). These accolades are both well deserved and made even more impressive given the local competition. Philadelphia is home to arguably the greatest collection of golf courses within a 40-mile radius anywhere in the world. Pine Valley, Merion, Aronimink, Philly Cricket… ever heard of them?

Ironically, the presence of these world-renowned courses served as the catalyst to Stonewall’s creation. Prominent Philly lawyer, Jack May, had grown tired of the many hassles and elitist culture he encountered at the multiple area clubs to which he belonged. To remedy this, May decided to build his own club which he intended to be described as:

“A quiet, unpretentious, walking-only course, in the countryside, where one wouldn’t have to worry about a full tee sheet or encroaching development.” 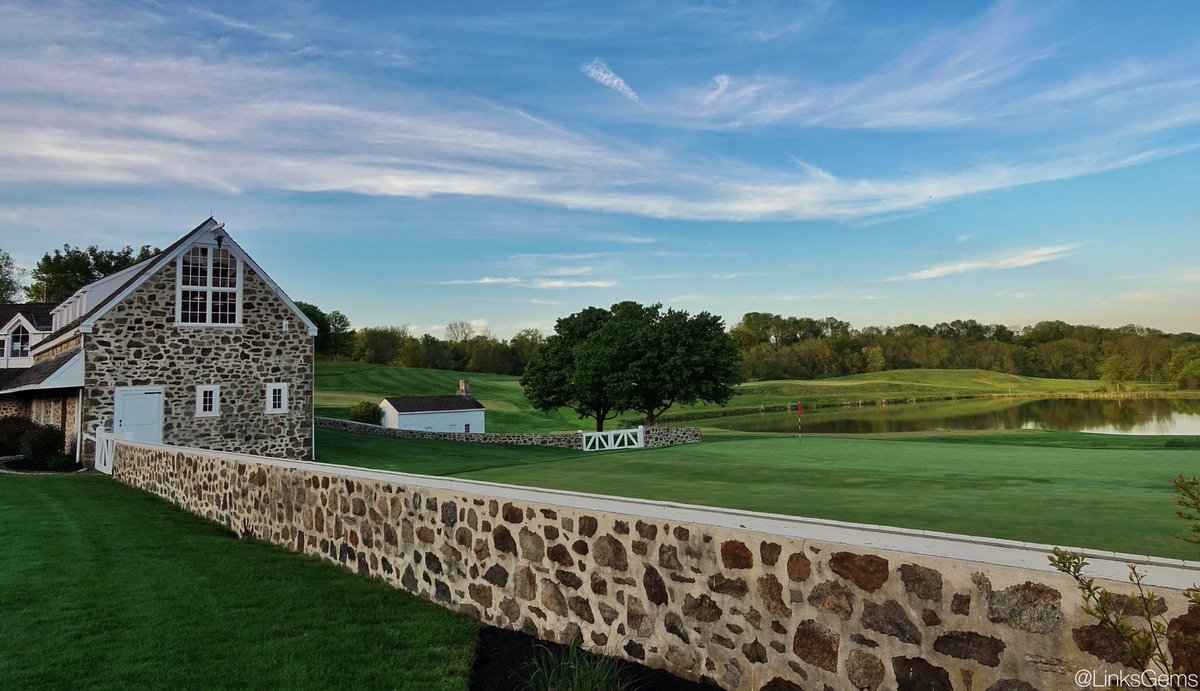 The Courses, Architects and History

Stonewall is made up of two unique yet complimentary golf courses; the Old Course and the North Course (aka the Udder Course, and yes, that’s a cow / Philly joke). The Old Course was built in 1993 under the direction of Tom Doak and Gil Hanse. However, Doak and Hanse were not the original architects. Tom Fazio was initially signed to complete the work. Jack May was allegedly not pleased with the work Fazio and team were doing so he fired them and brought in the modern minimalist marvel, Tom Doak. [This point has since been disputed by the club, but some members believe this is what happened]. As the legend goes, Doak told May in a handshake deal if he was contracted to design the Old Course, he would do the second course (North) for $1. The Old Course was so well received that 10 years later Doak was invited back alongside Jim Urbina to design and construct the North Course for $1.

I won’t go into great detail on the courses and their designs because this is about the club and culture they have created. Although I will say the courses are beautifully routed, strategically interesting, wonderfully maintained and a pure joy to play. Putting the holes aside, here are just a few examples of how Stonewall gets it right…

The name of the club is the perfect embodiment of the environment Jack May set out to build. Once again, wonderfully described in their brochure…

Tee sheet? What tee sheet? Following the vision of Jack May, the course does not require nor do they take tee time requests. Members may show up whenever they want, check in at the pro shop and head over to the first tee. Jockeying for that 8AM Saturday morning tee time doesn’t exist and neither do slow rounds on a packed golf course.

Stonewall is spread out over two enormous plots of land which were used as dairy farms for many decades. Within the property are multiple old stone and wooden barns which served as the farmers residence and a means to manage the cattle’s production. Rather than leveling the beautiful structures in place of new modern buildings, the club restored and renovated them into a multi-purpose facility. The view coming down the 18th holes of both courses are better than any modern Taj Mahal you’ll see at a place like TPC Sawgrass. 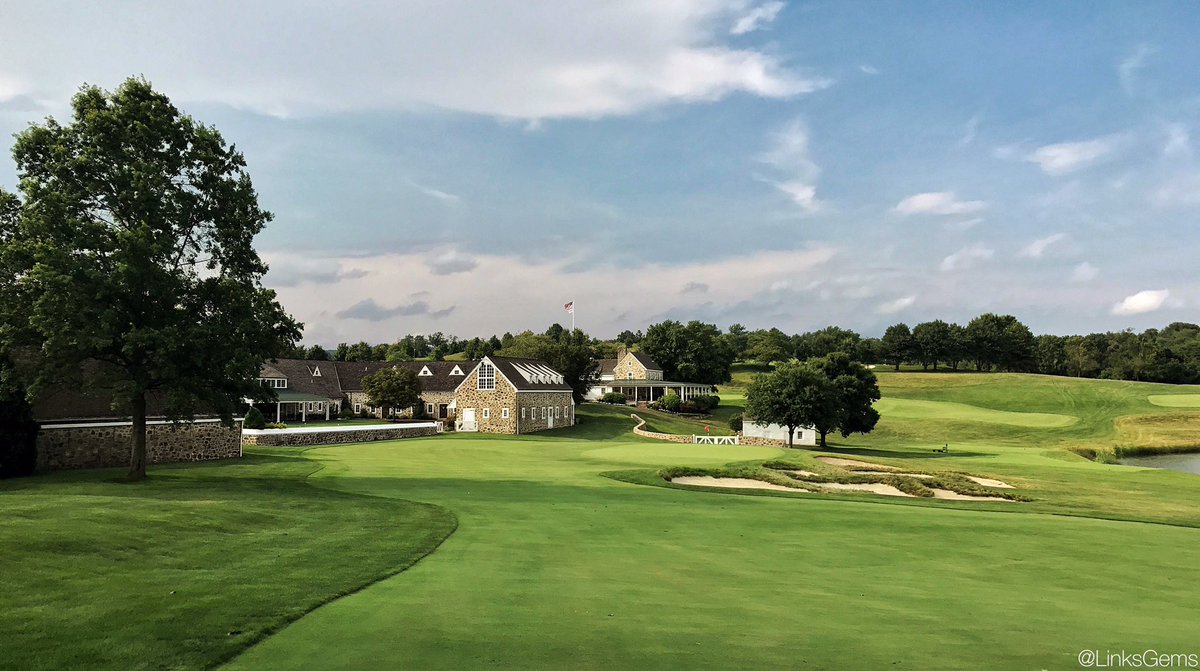 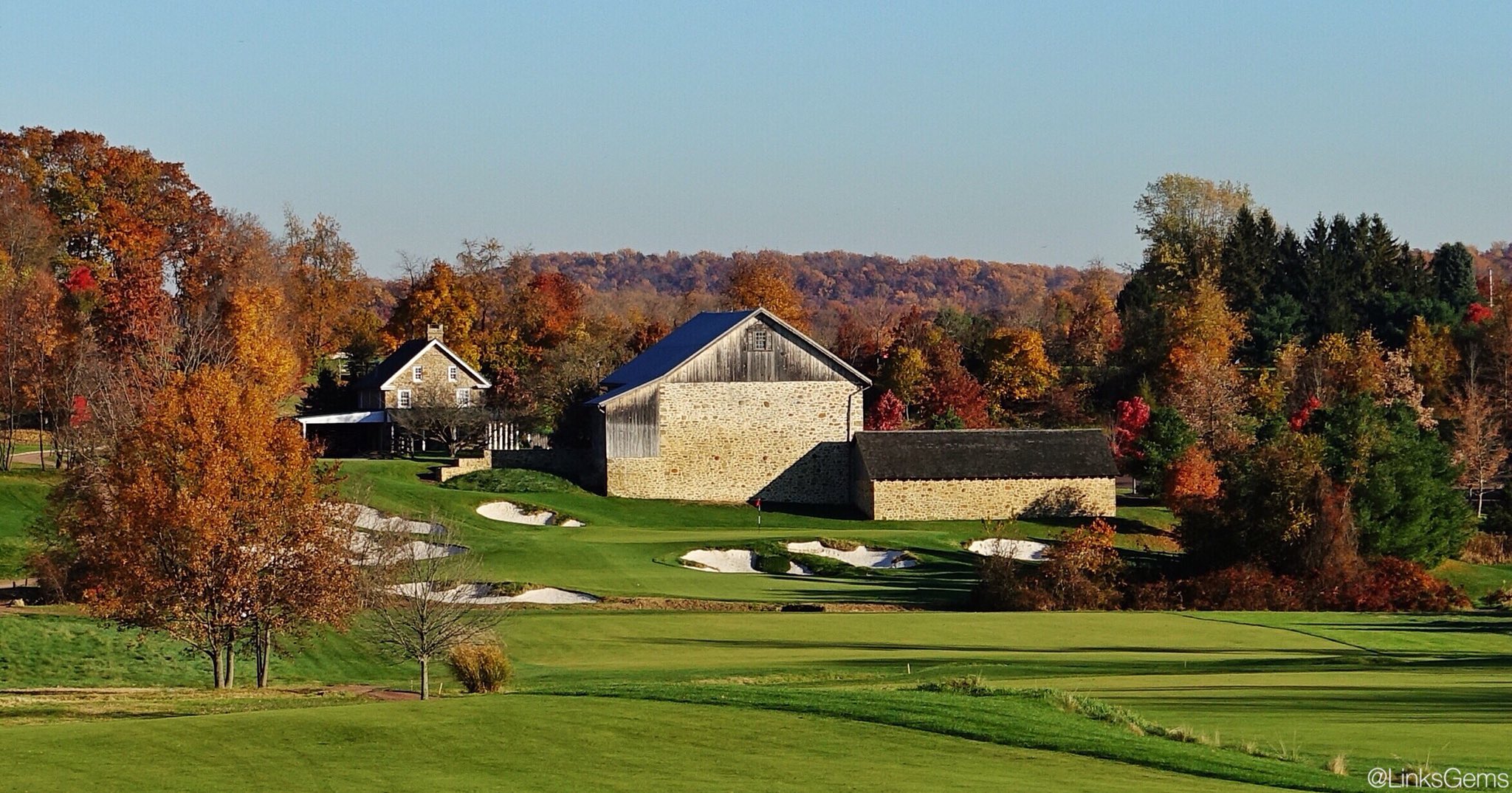 American golf clubs put a great deal of emphasis on their logos. Some have elaborate crests and others have portrayals of national monuments. Stonewall’s logo is both rooted in the history of the land it is built on as well as comically understated in comparison to many other highly regarded clubs. Stonewall describes the logo as it relates to the club as, “the product of the dreams of its founders, a small group of folks quite serious about golf, but not about themselves (hence the irreverent logo).” The Cart Paths (or lack thereof)

As I’ve touched on previously, golf was never intended to be played in carts. Golf is a walking sport. At Stonewall, no carts are allowed on the Old Course at any time whatsoever. You may carry your bag or get a caddie (at the outrageously affordable rate of $60). While carts are permitted on the North Course, you won’t find a cart path. Not only are there no cart paths but there are no signs which tell you where you can or cannot drive the carts. Your ball may land in a brutal patch of rough or fescue, but it will never get catapulted off the property via a strip of cracked up asphalt. 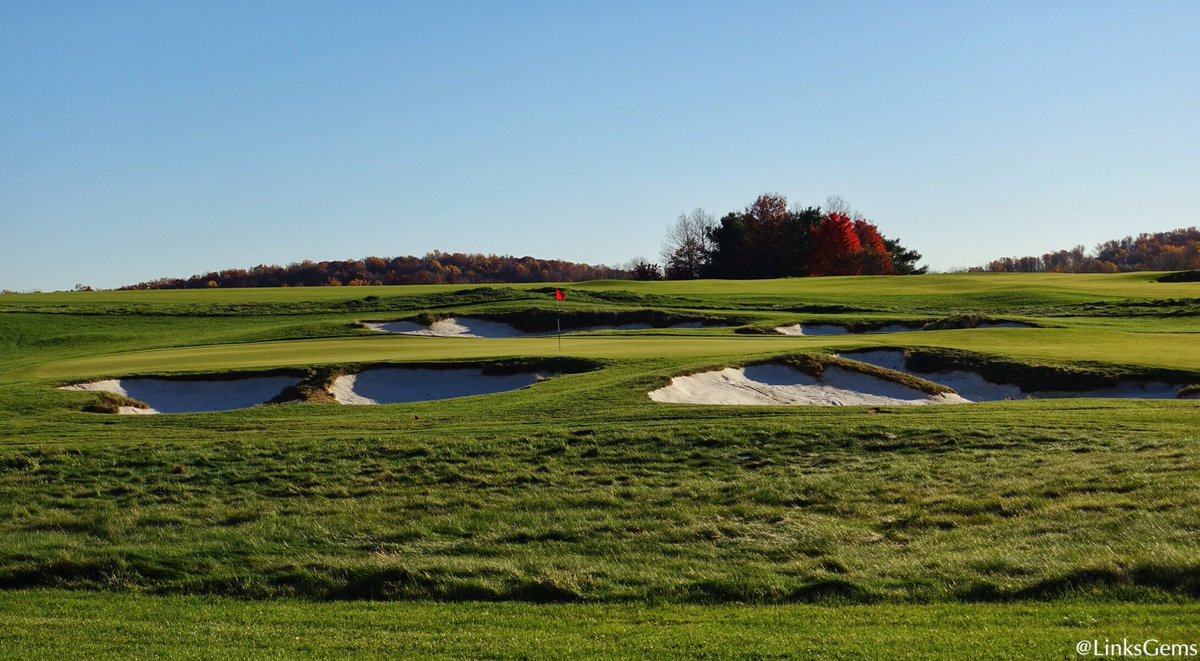 Stonewall offers the option to members and guests to stay on the property in cabins located in the middle of the North Course or within the main clubhouse at the Old Course. Not only do the cabins feature enough space to hold 8 people, they have outdoor grills and a massive putting green outside the front door which is LIT so you can grill some food, and have a few drinks all while enjoying some barefoot late-night putting competitions. Again, at very reasonable rates. Does it get any better than that? You can bring your dog with you while you play, let them run around the massive property and swim in the ponds. Another example of the club going beyond the call, for the sake of the golfer’s experience. During my round I saw a black lab walking alongside their owner and I know that Jon regularly brings his dog Gracie out with him as well. Outside of the superintendent’s dog, I don’t think I’ve ever seen dogs openly walking around the course with a foursome. Don’t tell @DarrelBevins. 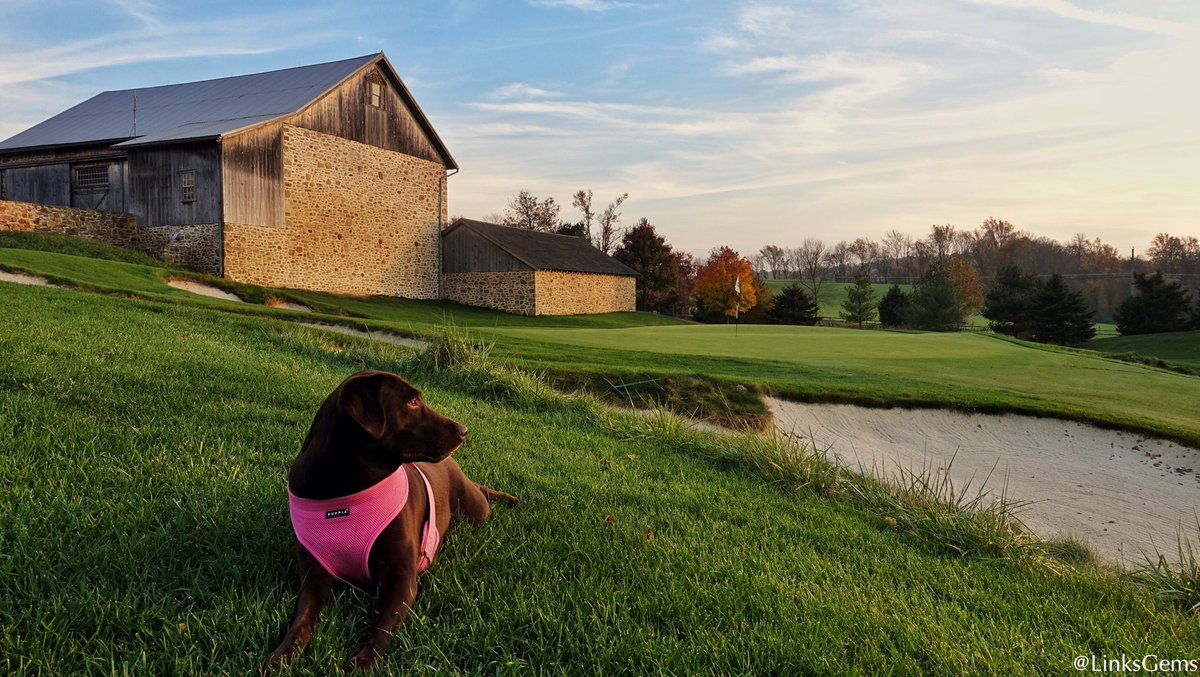 The men’s locker room is two stories and built inside one of the old stone barns which previously housed bails of hay. The woodwork on the ceiling and the cow with a golf club portraying the club logo give it the perfect touch. Nevertheless, what I love most about the locker room is the location. The locker room sits directly behind the 18th green on the Old Course. Players walk directly off the golf course and into the locker room to take a shower and prepare for drinks and a meal. Again, I’m not sure I’ve ever seen such an obvious design feature like this that so few clubs have. Typically, you have to walk back through the clubhouse or a roundabout way to get back into the locker room. No detail has been overlooked at Stonewall and this is no exception. Separate but adjacent from the main clubhouse courtyard (which has a fantastic putting green), sits a patio bar & grill overlooking the 8th, 9th and 18th holes. At many clubs you might have a view of one hole and at some you can’t see any holes whatsoever. Stonewall gives you a full view of the 8th and 9th holes (which play around a lake) in addition to the approach on 18. Like I said, every detail is done right. 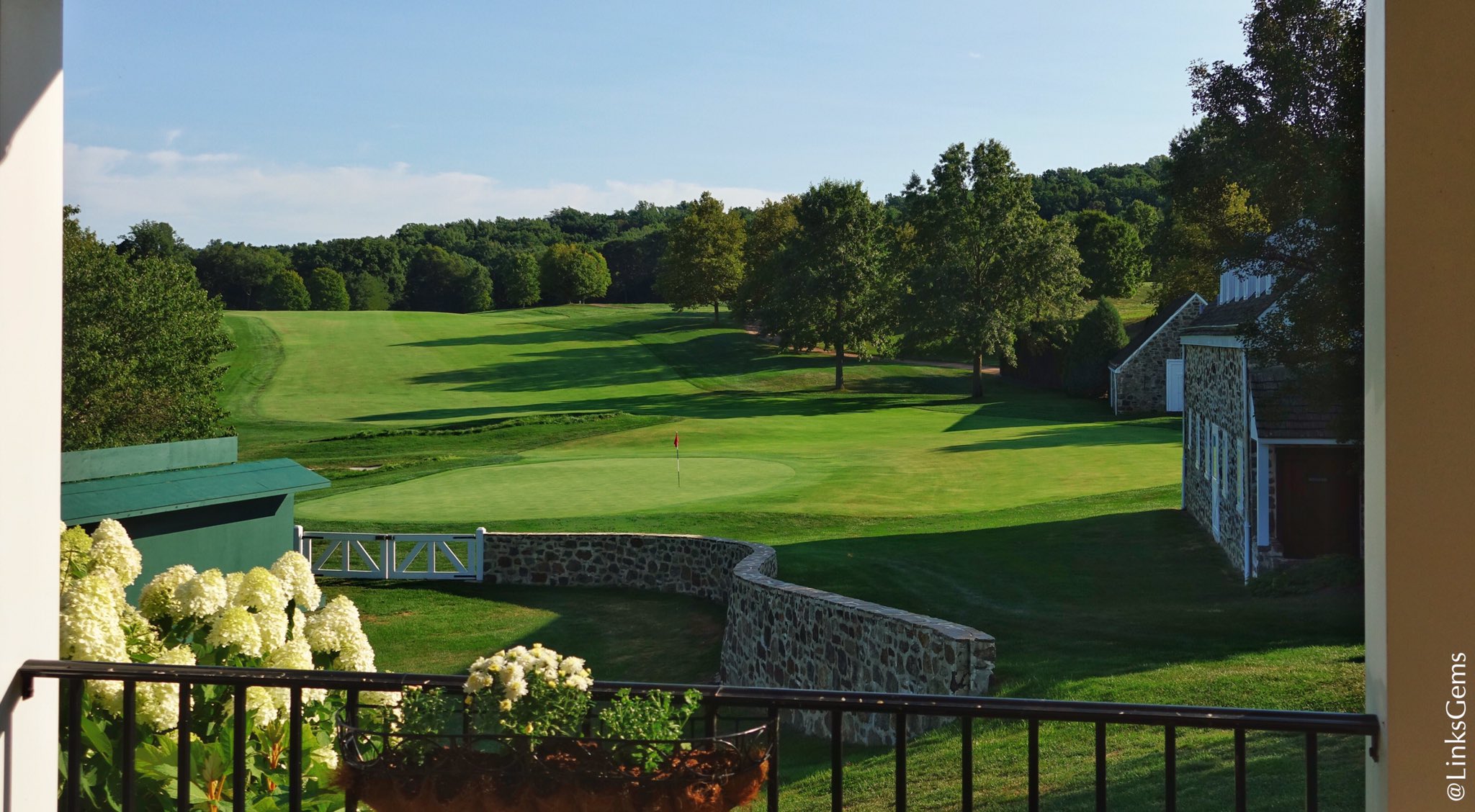 In case that wasn’t enough, the club offers a National Membership to anyone living 75 miles or further away from the club. You too can join Stonewall for the mind-boggling low cost of $1,950/yr. You get 12 days of golf per year (maybe more if you know how to cozy up to the staff) which comes out to $162/round at the very most. With this membership you gain access to the overnight accommodations and are provided the option bring guests at the local member guest rates. 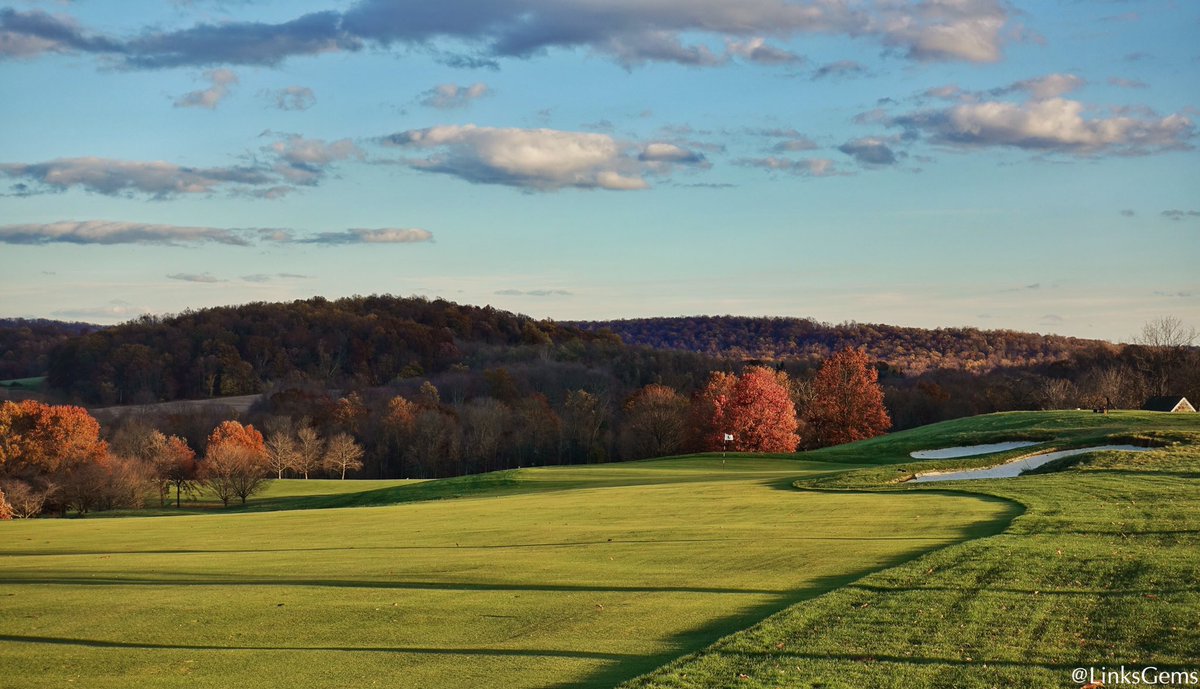 I can’t speak for the entire membership but if Jon is any indication, this club has more than achieved their goal of establishing a cadre of individuals who you want to hang out with and play golf alongside. If you don’t already follow Jon on Instagram and Twitter you need to. He’s a phenomenally talented golf course photographer and as knowledgeable about the game as anyone you’ll ever meet. 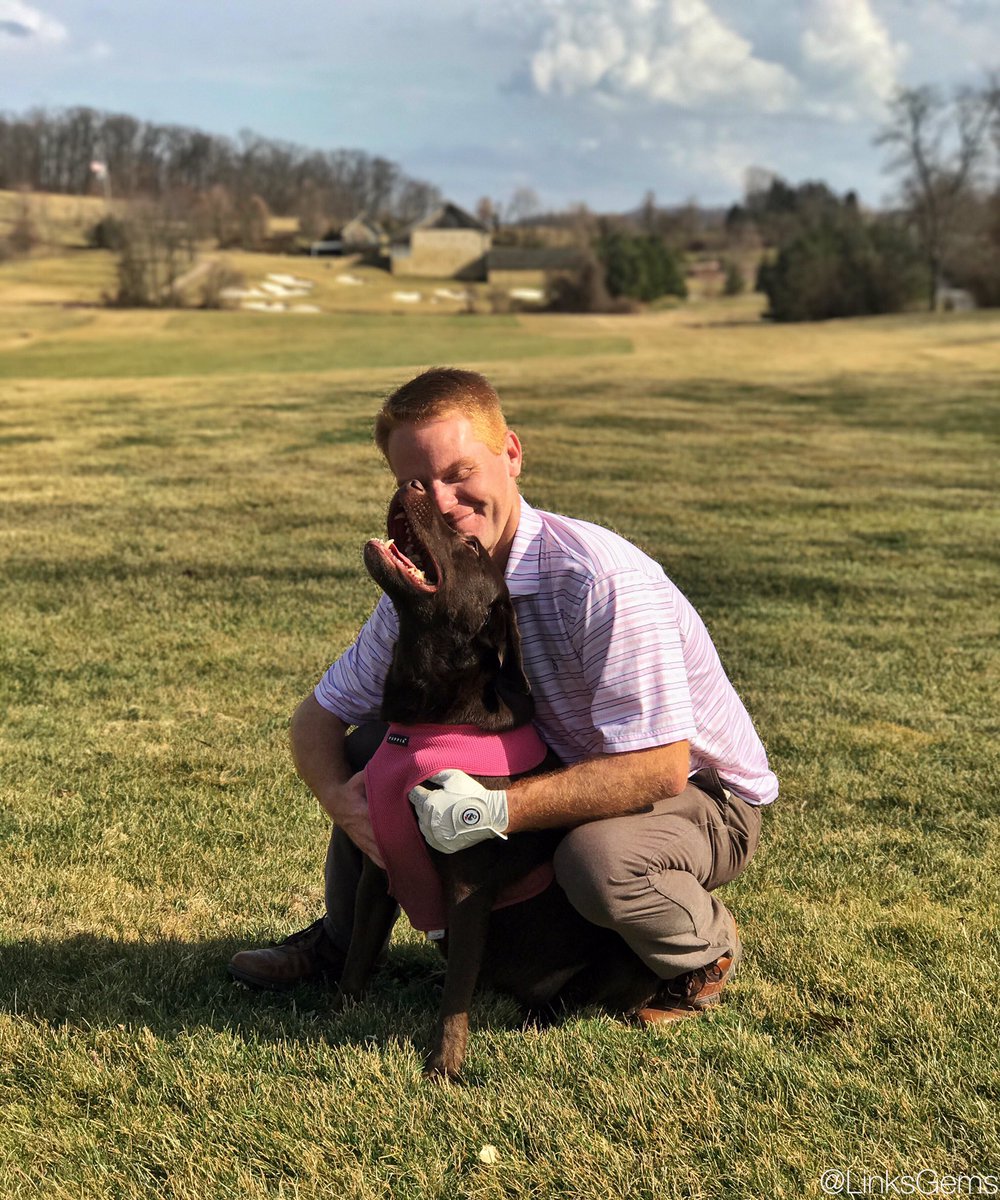 Lastly, I mentioned to Jon that I would send him this prior to publishing to ensure the information was correct and it didn’t contain anything that would get him a letter from the Board. His response?

“Happy to review it, but there’s nothing you could say that would get me a letter. It’s not that kind of place.”

That statement could not more perfectly encapsulate the beauty of Stonewall. It’s definitely not that kind of place, but it’s decidedly a place… unlike any other.